Disney and the war 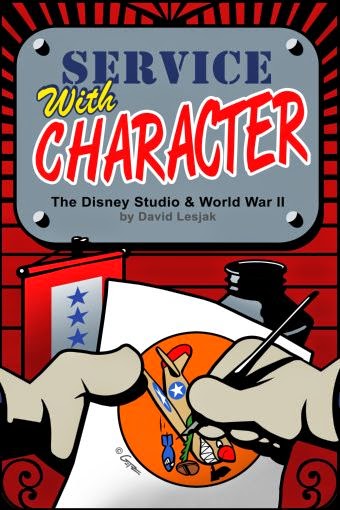 My book on Disney's involvement in World War II is now available in both print and e-book formats on Amazon and through my publisher at ThemeParkPress.com.

The book is a revised edition of Toons At War, which I self-published 13 years ago! The title of the updated and revised edition is: Service With Character. The Disney Studio and World War II.

The second edition contains a lot of new information on Disney's contributions to the home front, military training films, propaganda films, life at the studio during the war, and the Studio's creation of over 1,200 combat insignia. This book covers a huge variety of topics related to Disney during World War II.

FYI, the print version of the book does not have any images, while the e-book has over 300 images.