In my last post I asked readers what the connection was between M.J. Winkler, Felix the Cat, and Walt Disney. 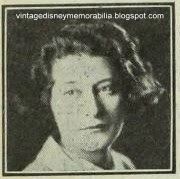 Margaret J. Winkler began her career in the film industry as Harry M. Warner's executive secretary. Warner took the then 21-year old to film conventions on the east and west coasts, where she established contacts within the industry, and learned the trade.

Fast forward seven years. In 1921, Pat Sullivan brought Warner samples of his Felix the Cat series to show Warner, with the hope he'd distribute the cartoon. When Winkler expressed an interest in the series, Warner suggested she not only distribute the Felix cartoons, but also Max Fleischer's Out of the Inkwell series. Winkler ended-up signing both Sullivan and Fleischer to contracts, and in doing so, the 28-year old became America's first female film distributor.

Walt Disney had written to Winkler while he was in Kansas City as the head of Laugh-O-gram Films. Disney was looking for a distributor of his Alice Comedies, a new cartoon series he was developing that would see a live-action actor interact with cartoon characters (a reverse of Fleischer's Out of the Inkwell series that saw cartoon characters in live-action surroundings). Winkler expressed an interest but Disney's Laugh-O-gram Films went bankrupt before Disney could fully exploit his idea.

In August 1923, Disney left Kansas City for California. On the 25th of the month he again wrote to Winkler indicating he was no longer associated with Laugh-O-gram, and that he was "establishing a studio in Los Angeles for the purpose of producing the new and novel series of cartoons I have previously written about."

Unbeknownst to Disney, Winkler was on the verge of losing the Fleischer series, and her contract with Sullivan was about to expire. When she informed Sullivan she was going to exercise her option to distribute the Felix cartoons for another year, Sullivan balked. The contract between the two allowed for the option as long as the "reels were similar in number and length to those of the first series." To circumnavigate the contract, Sullivan indicated he was going to change the cartoon's length, and the number of cartoons produced. Winkler publicly threatened legal action. 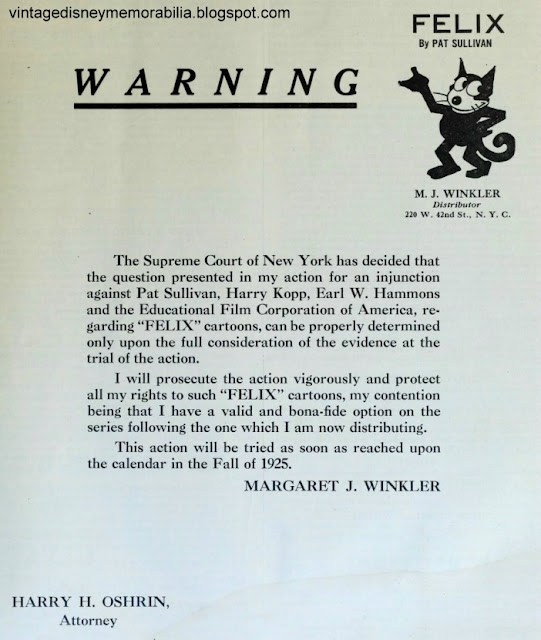 As these events unfolded, Winkler responded to Disney's letter requesting to see a sample of his new series. Disney had previously mailed Alice's Wonderland, the one and only Alice cartoon produced while in Kansas City, to a New York agent, who in turn arranged to show the film to Winkler.

After viewing the film, and with the fear her two main products were about to be lost, Winkler sent Disney a telegram on October 15, 1923, which stated in part: "Believe series can be put over...will pay fifteen hundred each negative for first six and to show my good faith will pay full amount on each of these six immediately on delivery of negative."

The contract that followed enlarged the option to 12 cartoons in 1925, and 12 more in 1926. Elated with the news, Disney convinced his brother Roy, who was resting in a hospital due to a bout of tuberculosis, to join him in producing the series. This contract started Walt Disney on the path to becoming the most successful cartoon producer and innovator of his day. 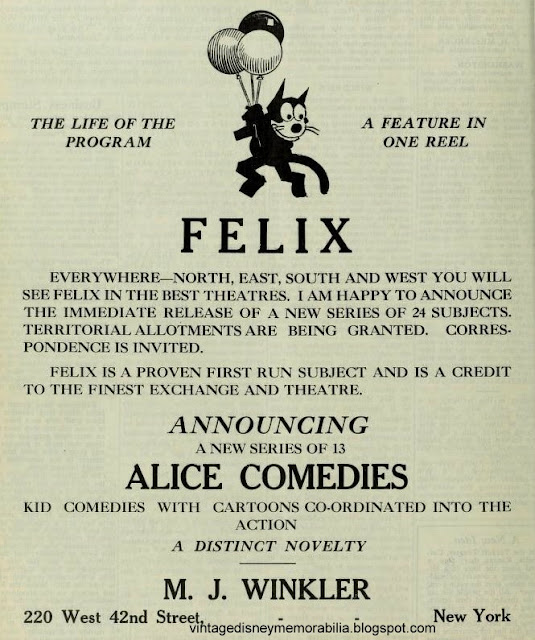 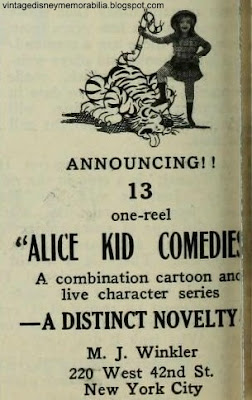 The question I ask is, would Winkler have even bothered with Disney had she not been on the verge of losing her two most successful series?

As a side-note, Winkler and Sullivan temporarily worked out their differences for the 1924 series. Sullivan switched to Educational Pictures for the distribution of his cartoon in 1925. 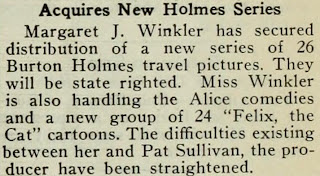 Most of the facts in this post have come from Timothy Susanin's excellent book, Walt Before Mickey. Disney's Early Years, 1919-1928. I cannot recommend this book enough. It is a fantastic manuscript detailing Walt's early years. Tim's book should be part of any serious Disney historian's library. All of the illustrations in this post were discovered by me in various issues of The Film Daily.
Posted by David at 11:54 PM No comments:

M.J. Winkler and Felix the cat - what's the Disney connection?

Here's a pair of threatening ads I searched for and located in a 1923 magazine. 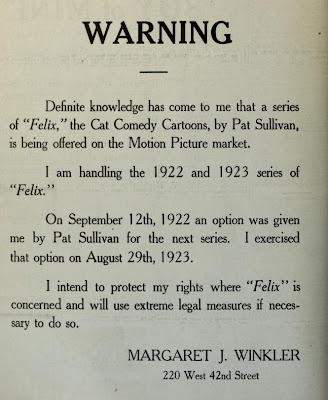 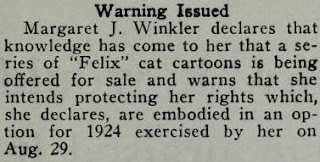 Just what does this Felix the Cat and M.J. Winkler have to do with Disney, you ask?

Well, I'll write about these ads and the very important connection they have in the realm of Disney history this coming Monday. Stay tuned.
Posted by David at 10:33 PM No comments: